Arrival to Istanbul Airport. Meet with your guide transfer to hotel. Dinner and overnight stay in the hotel.

After breakfast start exploring Istanbul visiting the Ancient Hippodrome, which was one of the largest chariot race grounds of the Byzantine Empire. You will take a short walk to the Blue Mosque, completed in 1616, it is a triumph of harmony, proportion and elegance.  Then outside as panaromic we can see St Sophia, the Church of Divine wisdom and a testament to the sophistication of the 6th Century. Lunch will be served . Than you will visit the magnificient Topkapi Palace, the winter residence of Ottoman  Sultans for almost 300 years.  It is located on the promontory jutting out between the Bosphorus and the Golden Horn.  Dinner and overnight stay in the hotel.

Bosphorus Tour. After breakfast, we will start to visit Camlica Hill. Highest point of Istanbul. Than we  will go Boat Cruise along the Bosphorus channel. Rumeli Fortress will be visited from the outside as panoramic. Getting – off boat. Lunch will be served. Than visit to leather factory.  Dinner and overnight in the hotel.

First place in the tour is Panoramic view of Goreme. You get information about history, formation of Cappadocia while watching the fairy chimneys. Following the information, free time for photograph.

After driving about 30 minutes, arrival to Derinkuyu Underground City. This underground city was firstly used by the late Romans as a shelter against potential Arabian invasions later by the local people as a natural deep freze. Derinkuyu is the deepest underground city in Cappadocia region. With the clear explanations of your guide you will spend almost 1 our here.

Ihlara Canyon is 52 km. away from Derinkuyu Underground City. Approximately 45 minutes later, you will be at the entrance of Ihlara Valley.

Ihlara Valley was formed by the volcanic actions of Mt. Hasan, next to Ihlara Valley. Afterwards, Melendiz River eroded the valley for millions of years besides the layers cracked and fell down. Eventually, 80 meter- deep canyon was composed. Whole Valley is 14 km. length. In the past, generally Christians lived in the several parts of the Valley; also they carved churches and painted them. You will hike about 3,5 km. in the valley by visiting St. Daniel Church. Hiking will last 1h 15m. Then you will arrive to Restaurant for Lunch.

1 hour for the lunch in the valley, next to the River in a local restaurant with traditional Turkish foods. Lunch will be over with season fruits.

After lunch our guide will take you to a unique place, Yaprakhisar. You will see the best examples of conical fairy chimneys. Since the area is very similar to Star Wars Film Set, Yaprakhisar is known as “Star Wars Movie Set”.

Our tour will go on with another movie- set-like place, Selime Monastery. At first look, the monastery looks like a castle, but shelters, churches, chapels, bedrooms, storages and big cathedral proves us its being a monastery. You get information about the monastic life in Cappadocia near spectacular scenery of Selime Village.

Climbing to Selime monastery will exhaust you, probably. But till you arrive to Pigeon Valley, you will have about 1 hour to rest. Also, our guide will mention about some traditions, cultures and stories about Anatolia on the way. Upon arrival to Pigeon Valley, pigeons will meet you on the top of the valley. Pigeons have always been important for Cappadocian people. Their eggs and droppings were used for different purposes. For this reason, local people carved houses for them to the slopes of valley. You will see the reason why people call them “houses”, when you see them.

The Last place in the tour will be a visit to onyx factory in Uchisar. Onyx is a volcanic stone which has various colors and contains different minerals in. As being a volcanic area, Cappadocia has some onyx deposits. In the factory, a master will give you information about the steps of onyx shaping and you will watch a shaping show. Our tour will finish with transfer back to hotel around 17.30 p.m.

First place in the tour is Uchisar Castle. Tour bus will stop underneath of castle to see all.  Rocky peak of the high blokc-rock was once used as a fort. Fort was also used to keep people, animals and weapons. The view from the peak is particularly breathtaking at sunset, when the colours of the rocks and the perspective of the valley give it a magical touch..You will enjoy with the day view of the castle.

After castle you will go to the most visited place in Cappadocia, Open Air Museum. There are several churches dated back to between 10th – 12th century A.D. The churches were all carved by the local christians and painted with natural dyes. Frescoes in the churches are all about the life of Jesus Christ, Mother Mary, and Saints. You will enjoy 1,5 hour with the rich explanations of our guide.

An old Greek village will be next place in the tour. Çavuşin is a village about 4 kilometres from Göreme. The old village is largely deserted because the area has been plagued by rock falls. At Çavuşin you can visit the Church of John the Baptist which probably dates from the 5th century with paintings from the 6th, 7th and 8th centuries. The view of Rose Valley (Pink colored rocks) excellent from this village.

After you visit village, next place will be Pasabagi. Formerly known as the “Monks’ Valley” , Pasabagi is situated about 1km from the Goreme – Avanos road.  Many fairy chimneys with multiple stems and caps some housing chapels and living areas can be found here, this style being unique to this area. A chapel dedicated to St. Simeon, and a hermit’s shelter is built into one such fairy chimney with three heads. You will able to walk among the tallest fairy chimneys.

1 hour for the lunch in a very cool, upgrate restaurant. You can choose your traditional Turkish foods, deserts and fruits from open buffet which has many choises acoording to your taste.

Next place is Pottery atelier. The city of Avanos was on an ancient trading route between the Hittite capital of Hattusaş(1300 BC). Avanos was inhabited by Assyrian trade colonies during the second millenium BC and was later taken over by the Hittites at about 1950 BC. Flowing through Avanos is the longest river in Turkey, which in ancient times was called Halys. The Hittites called it Marassantiya. The modern word for this river is Kizilirmak, meaning Red River. Red clay, containing iron ore that colors the water, is found along the banks of the river. The clay has been used since the early ages for making pottery.

This valley is situated between Avanos, Zelve and Urgup, and is called “pink valley” because of the color of its soil. This valley has never been inhabited and we see neither houses nor churches here. But fairy chimney shapes are very intersting, for it Devrent Valley is also known as “Imagination Valley”. You will feel free to climb the slopes to enjoy the fairy chimneys.

The “fairy chimneys” with caps, mainly found in the vicinity of Ürgüp, have a conical-shaped body and a boulder on top of it. The cone is constructed from tufa and volcanic ash, while the cap is of a harder, more resistant rock such as lahar or ignimbrite. The fairy chimneys which are symbolls of Ürgüp are called holly spirit chimneys. There is mother, father and son fairy chimneys stay together.

You will have a chance to watch how original Turkish carpets and kilims are made by local women who have patiently and untiringly written their joys and sorrows in amazing codes and magic letters which are to be read line by line. And also you will be fully informed by an expert how to get silk and history of Turkish carpets.

The tour ends with transfer back to hotels around 17.00 p.m.

After breakfast and check-out hotel. Free time untill transfer time . (Hotel is city center, near Grand Bazaar and old city area. Walkable distance). Transfer to Istanbul Airport and have a safe flight to your country with the beautiful memories from Turkey.

Portage services in airport and Hotels.

Reviews of this tour

There are no reviews yet. Be the first one to write one. 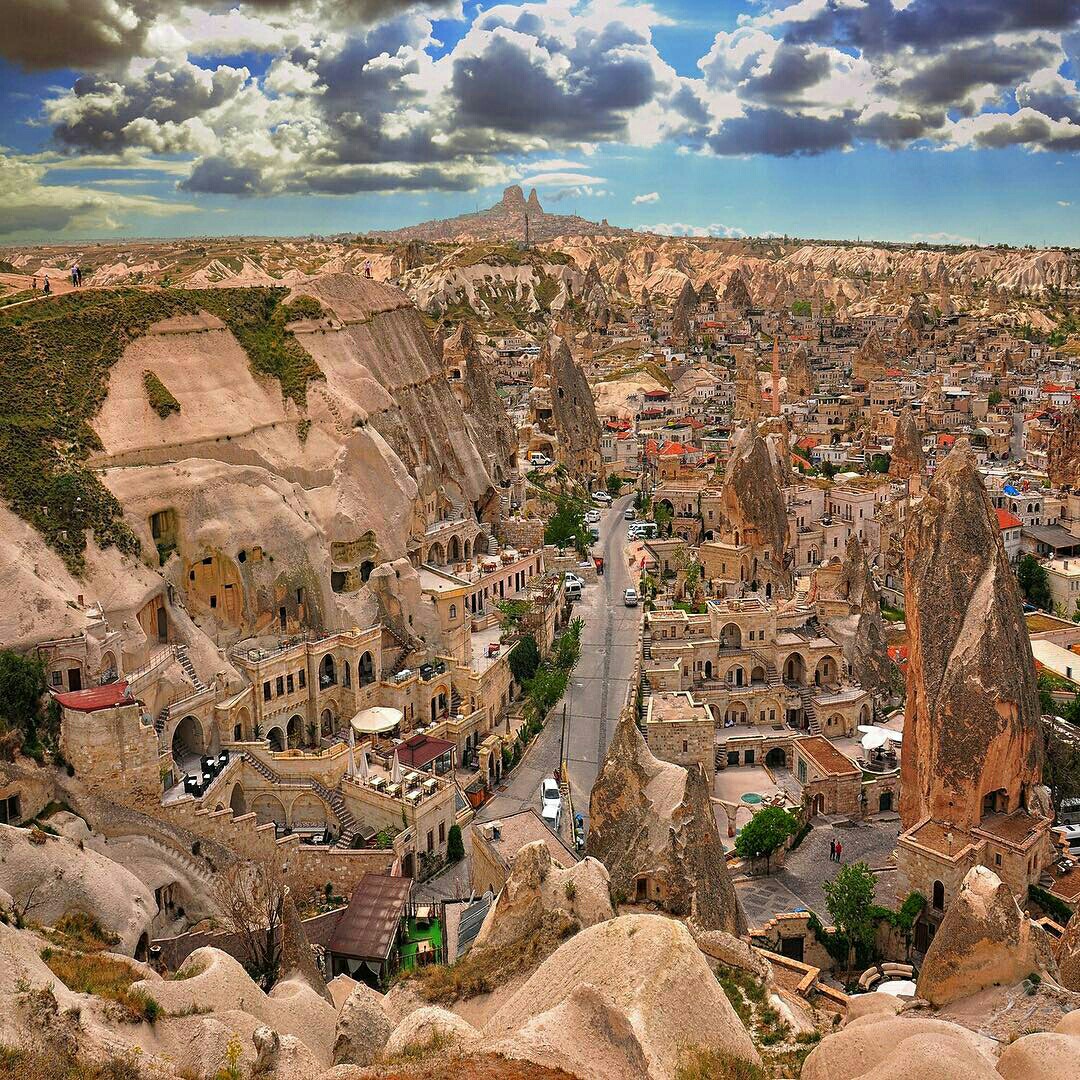 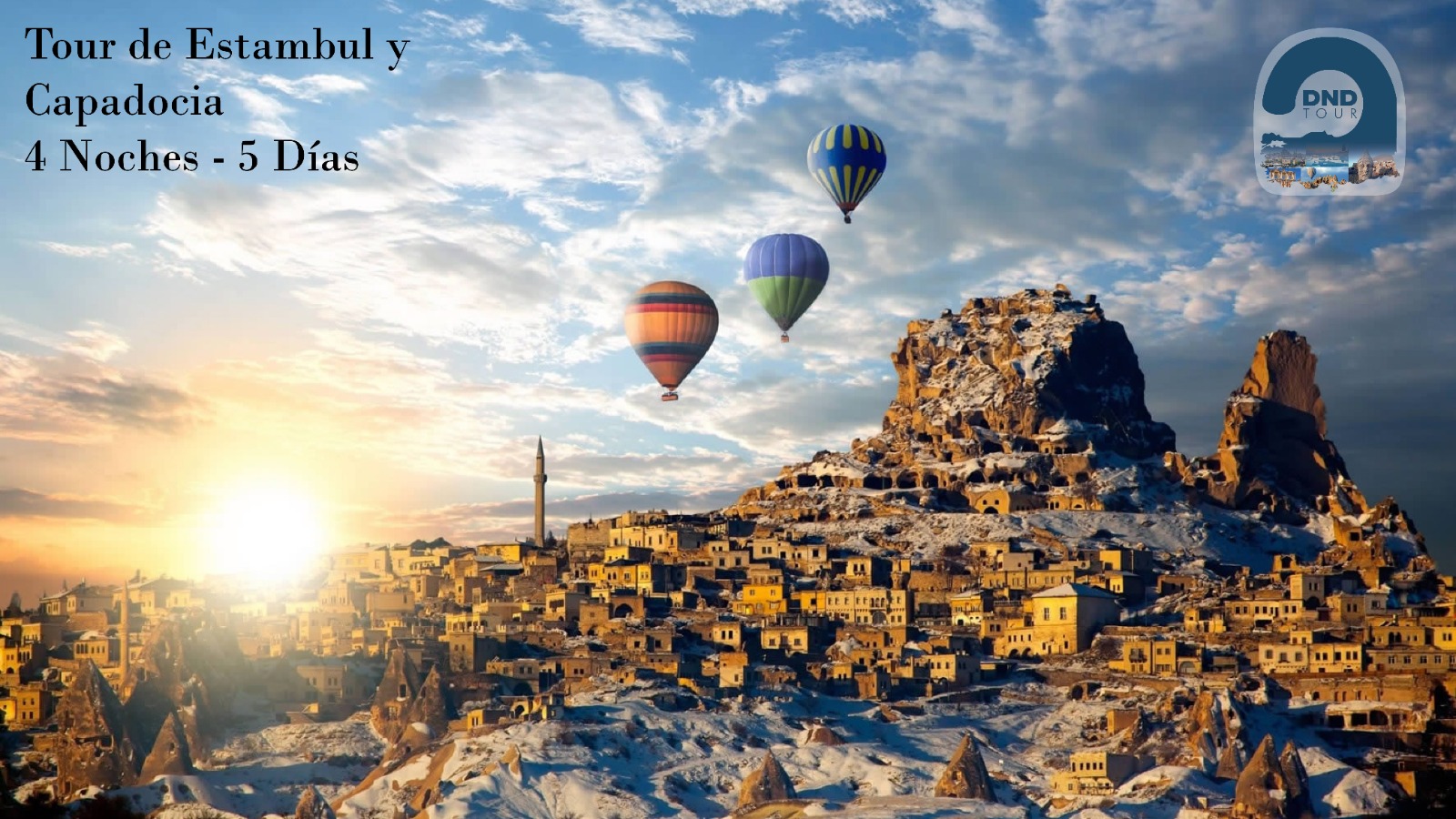 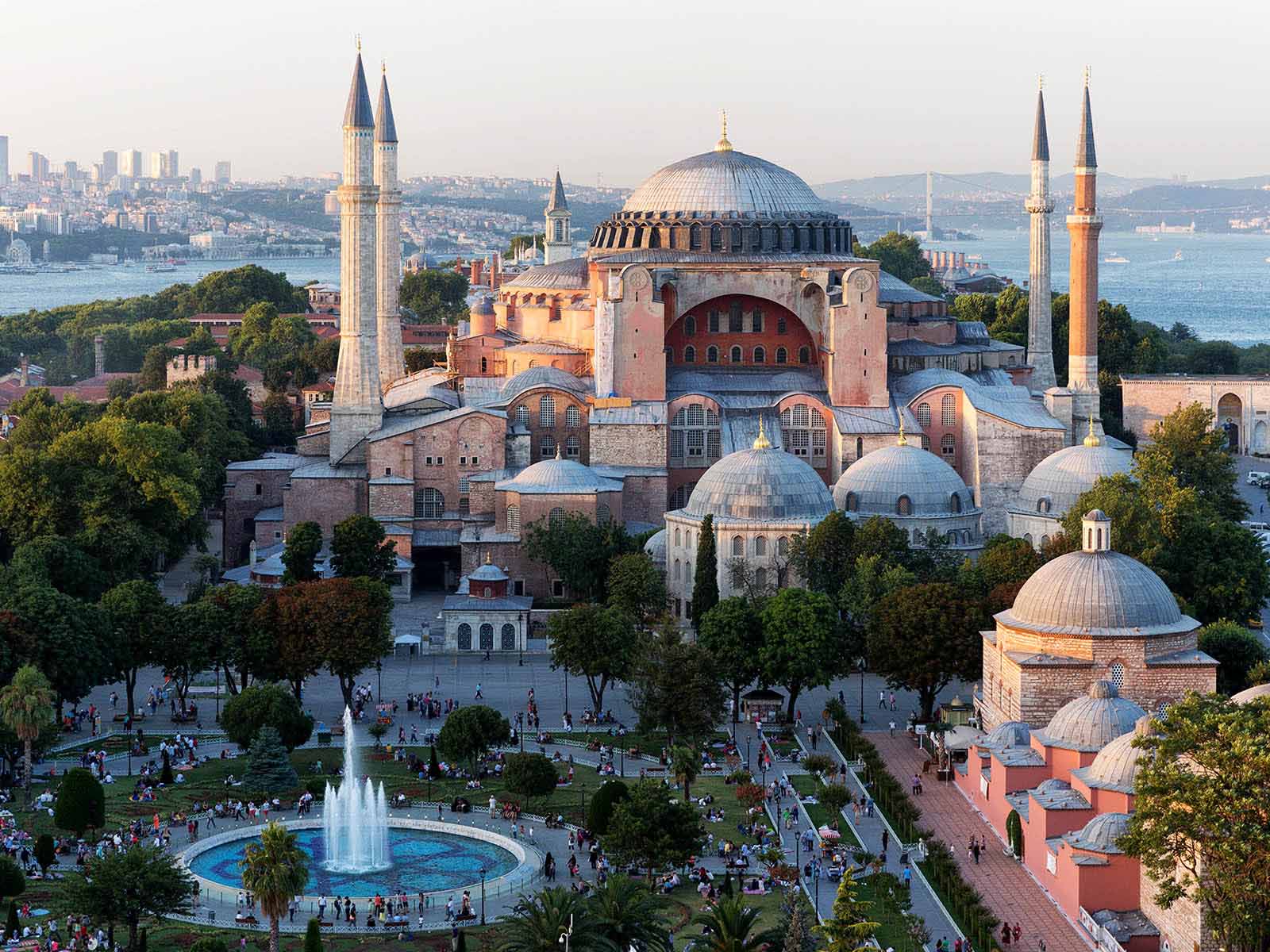 DND Tour® is a website belonging to the ATA ALP Turizm Taşımacılık Organizasyon İnşaat Sanayi ve Ticaret LLC that is a Turkish tour operator that offers tourist visits and other types of “experiences” geared towards vacation.

DND Tour® is a website belonging to the ATA ALP Turizm Taşımacılık Organizasyon İnşaat Sanayi ve Ticaret LLC that is a Turkish tour operator that offers tourist visits and other types of “experiences” geared towards vacation.